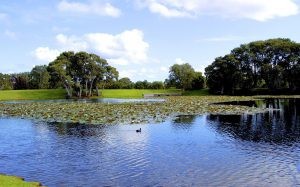 Real Estate & Design in Centennial Park – The suburb of Centennial Park sits on the western fringe of the parkland & features quality houses on large blocks. The suburb developed as a result of a decision to sell off land adjacent to the park to raise money for the park development. One hundred & one acres of land were subdivided in 1904. To ensure high standards of residential development, certain requirements were imposed. No wooden buildings or terrace homes were allowed; brick or stone were mandated, with tile or slate roofs. Between 1905 and 1925, a wide range of substantial, quality homes were built, featuring a mixture of Federation, Arts & Crafts, Victorian and Old English styles. Homes are centred mainly on Martin Road, Robertson Road & Lang Road

Things to do in Centennial Park
Centennial Parklands is one of Australia’s most popular destinations, playing host to a wide range of events & activities throughout the year. In fact, the Parklands host over 100 events every year. Events in the Parklands range from significant events (such as World Youth Day or the Sydney Olympics) to fun runs, culinary activities or music concerts

History of Centennial Park
The government began plans for a celebratory park in 1886 & passed an Act of Parliament in the following year. Some of the grandiose plans for the area such as a museum & a national convention building, never eventuated. Centennial Park was dedicated by Sir Henry Parkes in January 1888 to celebrate the first 100 years of European settlement in Australia & described by him as ‘emphatically the people’s park’. The Governor-General, Lord Hopetoun dedicated the park ‘to the people of New South Wales forever’. The land was originally set aside by Governor Lachlan Macquarie for grazing & watering stock. The ponds to the south, known as Lachlan Swamps, were named in his honour & were the chief water supply for Sydney from 1830 to 1880. Water was carried to Hyde Park along a tunnel called Busby’s Bore, after its designer John Busby (1765-1857). The tunnel served the needs of Sydney until the Nepean scheme made it redundant in the 1880s. In 1851, it was a scene of a duel between the first Premier of New South Wales, Sturt Donaldson, & the Surveyor-General, Thomas Mitchell. Both men survived to fulfil their duties

The Park
Centennial Park is 2.20 square kilometres in area (being originally larger), administered by Centennial Parklands, a government funded organisation. It covers varied terrain, from low-lying wetlands & ornamental lakes to expanses of grass & playing fields, to pine & native forests. The area was originally swampland, known as Lachlan Swamps. It is located adjacent to another large public space, Moore Park. It is one of Australia’s most famous parks & is listed on the Register of the National Estate

Sports & Fitness in Centennial Park
Centennial Parklands offers a diverse range of sport & recreation activities in a beautiful setting, 10 minutes from Sydney’s CBD. Featuring over 35 sports fields, an 18 hole public golf course & driving range, tennis courts, netball courts, an athletics track & full equestrian facilities, the Parklands are a major sporting & recreational destination right in the heart of the City. Quality sports grounds & facilities can be hired as a casual one-off booking or on a seasonal basis

Distance to the City from Centennial Park
4.2Km and 8 Minutes by Tax