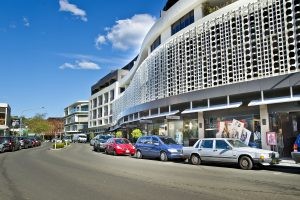 Real Estate & Design in Double Bay – Double Bay is full of exceptional architecture influenced by the varied cultures & wealth of the residents. There are lovely furnished apartments, luxury holiday homes & some waterfront accommodation

Things to do in Double Bay

Shopping in Double Bay is devine. So its eating in Double Bay! Its affordable earting out with numerous cafes & the Double Bay Hotel offering great food, despite its ‘double pay’ reputation. Walk along the harbour & be amazed by the homes or catch a ferry to the Sydney CBD

Governor Macquarie named the area after a geographical feature- Double Bay literally has a pair of bays on its northern harbour foreshore. During the 1920s to 30s a surge of building took place & these stylish apartments & bungalows remain today. The area really got its edge during the 1960s when it developed into Sydneys most exclusive shopping precinct with a distinct European feel. Unsurpassed shopping, food & grand accommodation remains the order of the day

The Ritz Carlton Hotel in Cross Street, does justice to its London namesake but is of course a smaller establishment. The Redleaf Pool is quite an attraction for many lap swimmers of the eastern suburbs, with its picturesque setting & tranquil atmosphere. Seven Shillings Beach is also a popular stretch of harbourside beach

Designer boutiques & international fashion labels, along with a fine selection of modern & antique books stores, antique & art galleries & excellent food make shopping in Double Bay a treat. The many European residents give the area a distinct continental feel- quite unique in Australia

There is plenty of casual dining at Knox & the option to order in from a choice of gourmet food suppliers. The Ritz Carlton & Georges also offer traditional fine dining

There is an enviable choice of locations to walk, run & play in Double Bay. There are two gyms in the village, Redleaf Pool for lap swimming, Cooper Park for football, tennis & cricket & Double Bay Park for running. Darling Point offers runners more challenging hills. There is also the Double Bay Sailing Club & the CYC

There are frequent buses along New South Head Road to the City. Edgecliff Station also has a fast train to the city & is only a short walk from Double Bay. An alternative is taking a ferry to Circular Quay, which takes just 15 minutes

Distance to the City from Double Bay