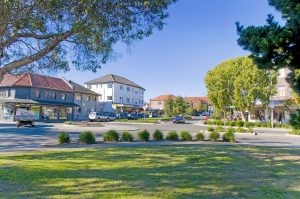 Real Estate & Design in North Bondi – A much sought after address of Sydney’s east, North Bondi is a bustling, beachside suburb, home to an eclectic mix of residents. Offering an endless array of activities for any visitor, North Bondi is home to older style apartment buildings as well as modern oceanview & beachview furnished apartments, large family houses & contemporary luxury apartments

Prior to European settlement, North Bondi was inhabited by a number of different Aboriginal tribes. Evidence of these tribes can still be found today with many rock carvings & drawings surviving along the cliffs, most notably at Williams Park. European settlement of the area began in the early 1800s as farmers worked the land & housing estates were built on vacant surrounding land. North Bondi & Bondi Beach existed throughout the last century as a working class suburb, home to a large immigrant population & consisted mainly of bungalows & apartment buildings. With its proximity to the City & its famous beach & coastline, North Bondi today is a desirable & affluent suburb.

North Bondi overlooks probably the most famous beach in Australia. An iconic landmark known the world over, Bondi Beach sits at the centre of Australia’s love affair with the sand & the surf. Drawing visitors from the world over, & on hot days, from what seems like most of Sydney, Bondi Beach is the place to be & the place to be seen. North Bondi also sits within easy reach of many other famous Sydney landmarks, whether it is the other city beaches of Tamarama & Bronte, or the beautiful harbourfront suburbs of Watsons Bay, Vaucluse & Rose Bay.

For everyday needs, Campbell Parade houses a number of retailers including grocers, convenience stores, pharmacies & newsagencies. Along the beachfront & in the backstreets, a number of fashion boutiques, design stores & bookshops sit amongst the endless cafes, restaurants & bars. Nearby Bondi Junction is a retail therapy nirvana with Westfield Bondi Junction, Eastgate Shopping Centre & Oxford St Mall all vying for shoppers

Bondi Beach is packed year round with surfers, swimmers and sunbakers. Joggers & walkers pound the pavement along the boulevard or tackle the cliffs on the Bondi to Bronte path. Fitness junkies work out at the outdoor gyms, while lap swimmers constantly ply the waters at the Bondi Icebergs Club or for the brave, offshore between South & North Bondi. The ocean baths at North Bondi are perfect for youngsters, while the North Bondi Surf Life Saving Club hosts regular surf carnivals. Golfers of all abilities head to Bondi Golf Club along Military Road for the compact layout, while the pros can tackle Woollahra Golf Course & Royal Sydney Golf Course