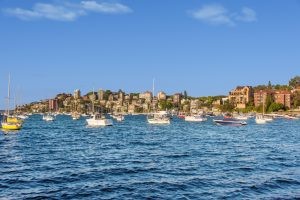 Things to do in Point Piper

Point Piper was named for Captain John Piper who established a grand residence in the suburb in the early 1800s. Piper was later declared bankrupt & forced to sell his prized landholding in 1834. Home to a number of distinguished residents over the years, Point Piper emerged early on as a popular location for Sydney’s well-to-do. Significant mansions & compounds have been constructed on the point & the area is now regarded as one of the most exclusive in Australia

Located on a slender finger of land jutting out into Sydney Harbour, Point Piper is one of the most desirable suburbs in Sydney & contains some of the most expensive real estate in Australia. Imposing mansions line the water’s edge & house some of the nation’s most prominent citizens. A number of tall apartment buildings are also located on the point & offer residents prized views of Sydney Harbour

Distance to the City from Point Piper

Distance to the Airport from Point Piper