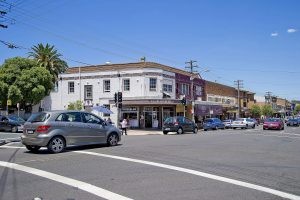 Things to do in Rose Bay

Catch the ferry to Watsons Bay in Vaucluse & eat at Doyles restaurant on the water. Walk to Bondi Beach or one of numerous harbourside parks. Play golf or sail from Point Piper, or just picnic by the harbour

Rose Bay was named after The Right Honourable George Rose, who was joint Secretary to the British Treasury with Thomas Steele, after whom Steel(e) Point at Nielsen Park was named. The name Rose Bay was used as early as 1788 by Captain John Hunter. HMAS Tingira named after an Aboriginal word for ‘open sea’ was moored in Rose Bay from 1912 to 1927. It was used to train over 3,000 Australian sailors, many for service in World War 1. There is a small park on the Rose Bay waterfront which commemorates Tingira. From 1938, seaplanes landed in Sydney Harbour on Rose Bay, making this Sydney’s first international airport. On 14 September 1945, nine Catalina flying boats landed & moored at the Rose Bay wharf, repatriating Australian POWs, survivors of Japanese camps. Sydneysiders looked on in silence, aghast at the emaciated state of the returning soldiers. There is a nearby restaurant called Catalina, referencing the aircraft of the same name

Rose Bay is a sophisticated harbourfront suburb in Sydney which has a particularly long water frontage. This suburb has superb water views of the harbour. Sea planes often use take off & land in Rose Bay

The main street of Rose Bay is distinguished by upmarket shops & boutiques. Shopping in Rose Bay could be classified as trendy & relaxed. The shopping arcades & areas offer varied shops for everyday necessities through to boutique & designer label stores

There are many bars & restaurants in Rose Bay located within Rose Bay’s village, many comment to their European-like atmosphere

There are numerous sport & recreational activities offered in Rose Bay. Due to close proximity to the harbour, there are water sports available to try including sailing, canoeing & jet skiing. Golf & tennis are also catered for with courts for hire located at the historic White City, & for golf enthusiasts the Royal Sydney Golf course is located in Rose Bay

This area is serviced by buses, Ferries also depart from the Harbour to Circular Quay

Distance to the City from Rose Bay

Distance to the Airport from Rose Bay